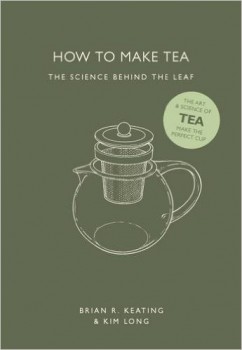 I think it’s safe to say that the British have some substantial experience with tea. This long history has resulted in significant consternation now that a guide on “proper tea preparation” has been released and it was written by an American.

“How To Make Tea: The Science Behind The Leaf” was developed by Seattle’s Brian Keating and his co-author Kim Long of Denver. The publisher, Ivy Press, which is based in Britain, describes it as “‘a fascinating and invaluable handbook for anyone who doesn’t want to settle for less than the perfect brew.”

The book relies on the science and chemistry of tea to give advice for the best experience. Keating believes North America is on the verge of a massive rise in interest in tea and tea culture and that the British will be eclipsed in this area. You could almost hear the dismissive sighs from across the ocean.

The fury comes on the heels of a study from earlier this year that claimed that 80% of British tea drinkers steep their brew for less than two minutes, yielding a less than optimal cuppa.

SOURCE: The Daily Mail, Metro UK, and The Sunday Times